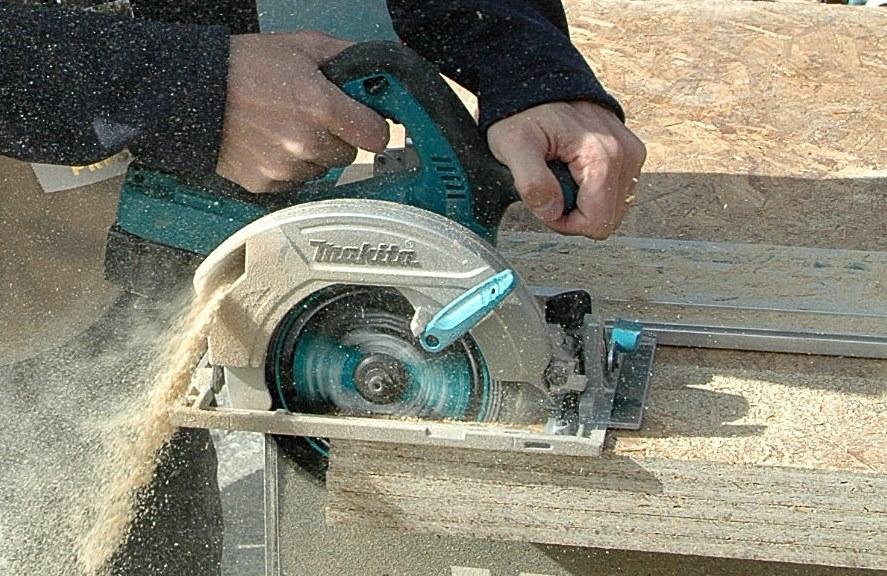 The XSH01X is powered by two 18V LXT Lithium-Ion batteries.

Another thumbs-up for the game-changing 18V X2 LXT (36V) Circular Saw, this time from Tools of the Trade magazine.

Michael Springer tried out the Makita XSH01X, the world's first cordless 7-1/4" circular saw powered by two 18V batteries. He ran the saw and compared the performance numbers against other cordless circular saws in the category, and called it "the fastest cutting circ saw ever tested."

In the end, they claimed that "Makita has made a bigger and better cordless saw that actually rivals the cutting speed of a decent corded saw."

Read the entire Tools of the Trade review here.

The XSH01X is engineered to provide the performance of a corded saw, but without leaving the strongly-preferred 18V platform. It's part of Makita's expanding 18V series, the world's largest cordless tool line-up powered by an 18V lithium-ion slide-style battery. For more on the XSH01X, go here. 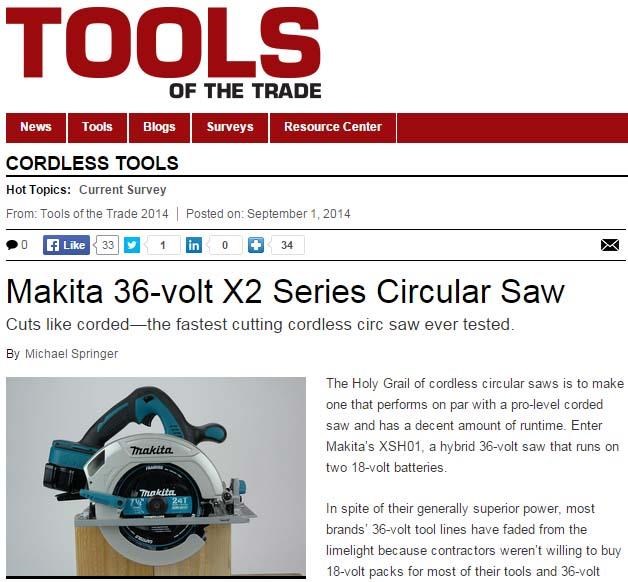 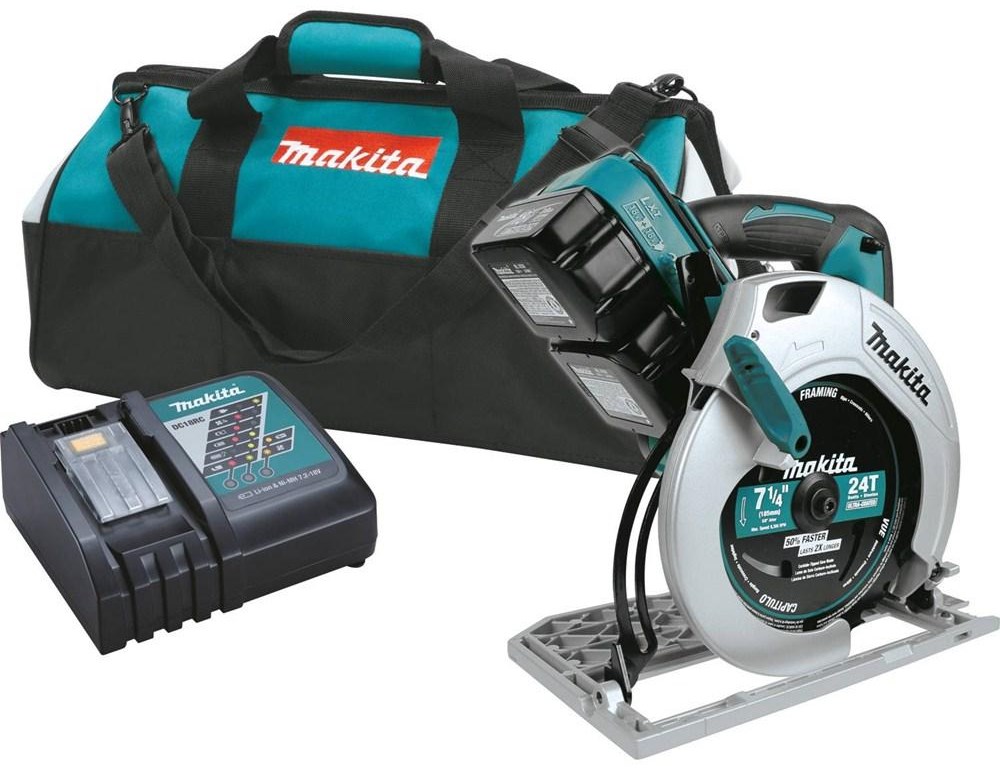