MAKITA CREATES A NEW CLASS IN ...

TOOLS IN ACTION REVIEWS THE NE...

MAKITA RELEASES THE NEXT GENER...

STARS OF MAJOR LEAGUE SOCCER A...

La Mirada, CA – Makita and Major League Soccer’s top players are challenging soccer fans across America to “Show Your Makita!” It is the latest in a growing number of Makita initiatives that engage the pro tool user and make a connection through the game of soccer.

Road to 2016 MLS Cup Sweepstakes
Makita, the Official Power Tool of Major League Soccer (MLS), is launching the “Road to 2016 MLS Cup Sweepstakes.” Fans who post photos or videos of their Makita tools on Facebook, Twitter, or Instagram with the hashtag #MyMakita will be entered for a chance to win weekly prizes of Makita tools and authentic autographed MLS jerseys, as well as a Grand Prize trip for two to the 2016 MLS Cup.
Fans can also post photos or videos and enter for a chance to win at www.makitatools.com/RoadToMLS
Weekly Prize Announcements by Top MLS Players
The “Road to 2016 MLS Cup Sweepstakes” launches April 8, 2016, with weekly prize drawings through October 8, 2016. During the 26-week contest, each new “prize week” will launch with an MLS player announcing a new prize in a short video on Facebook, Twitter, Instagram, and YouTube. Winners of the weekly prizes will be drawn on Friday afternoons. The Grand Prize Winner will be drawn on October 14, 2016.
Built for Contractors with a Passion for Soccer
Weekly prizes include select tools from Makita’s 18V LXT® series, the world’s largest cordless tool lineup powered by an 18V lithium-ion battery. Other weekly prizes include efficient Makita MM4® 4-stroke engine power equipment, best-in-class Makita saws, grinders and rotary hammers, and new 12V max CXT™ Lithium-Ion cordless tools. Prizes will also include authentic autographed jerseys from MLS fan-favorites Giovani Dos Santos of the LA Galaxy, Maurice Edu of the Philadelphia Union, and many more.
Makita’s Expanding Presence in Soccer
The Road to 2016 MLS Cup Sweepstakes is the latest in Makita’s expanding presence in soccer which includes the Official Power Tool sponsorship of Major League Soccer, and sponsorship of Mexican National Team games in the United States.
"Our partnership with Major League Soccer has given Makita opportunities to connect with the growing number of contractors and tool users who are big soccer fans,” said Raquel Portillo, Senior Marketing Specialist, Emerging Markets. “The Road to 2016 MLS Cup Sweepstakes reaches this audience with an exciting opportunity for fans to show the world their favorite Makita tool, and it’s driven by weekly messaging from some of the world’s top soccer players. With chances to win weekly prizes and a trip to 2016 MLS Cup, it’s a dream sweepstakes for contractors with a passion for soccer.”
“We’re very excited that Makita will be launching their Road to 2016 MLS Cup Sweepstakes,” said Jennifer Cramer, vice president of partnership marketing for MLS. “Makita is a long-time League partner and their support and commitment has added tremendous value to our partnership. We look forward to seeing all of the creative entries from MLS supporters using #MyMakita.”
About Makita
Makita is a worldwide manufacturer of industrial quality power tools and offers a wide range of industrial accessories. Makita U.S.A., Inc. is located in La Mirada, California, and operates an extensive distribution network located throughout the U.S. Call 800/4-MAKITA or visit makitatools.com. Follow Makita at facebook.com/makitatoolspage, Instagram.com/makitatools, youtube.com/makitapowertools, twitter.com/makitatools 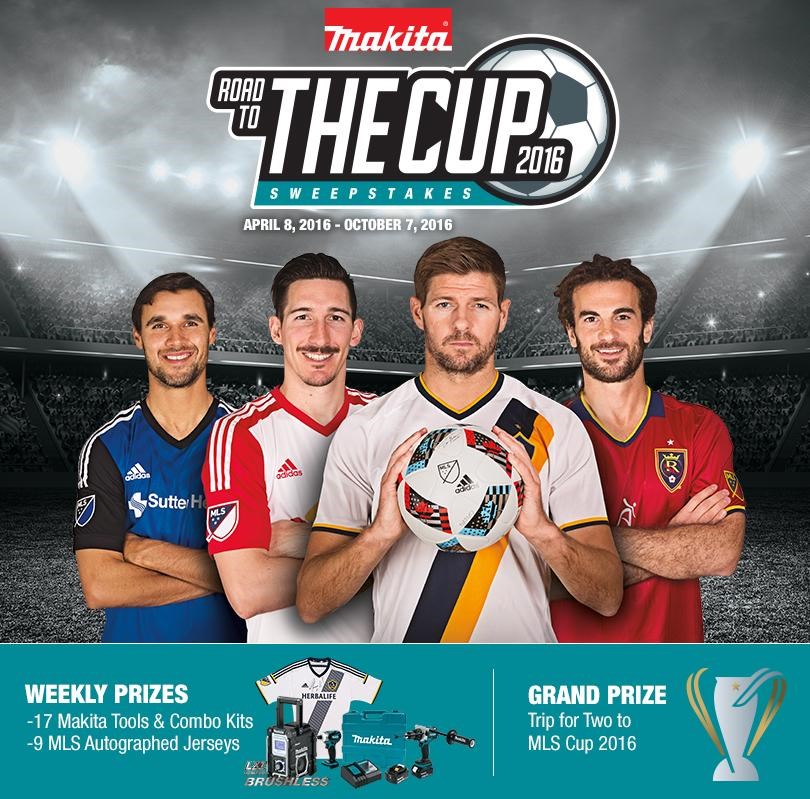 The "Road to 2016 MLS Cup" is a dream sweepstakes for contractors with a passion for soccer. 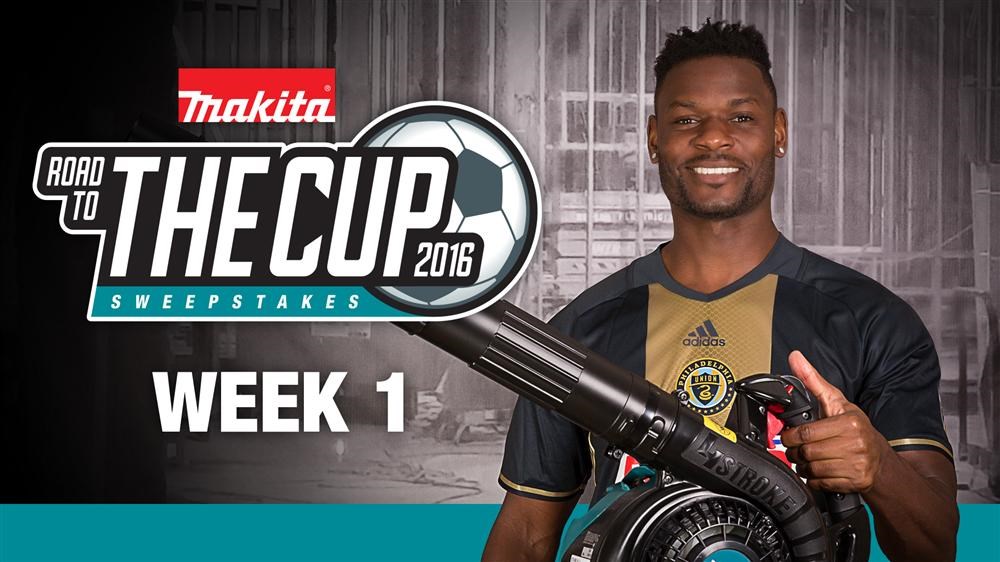 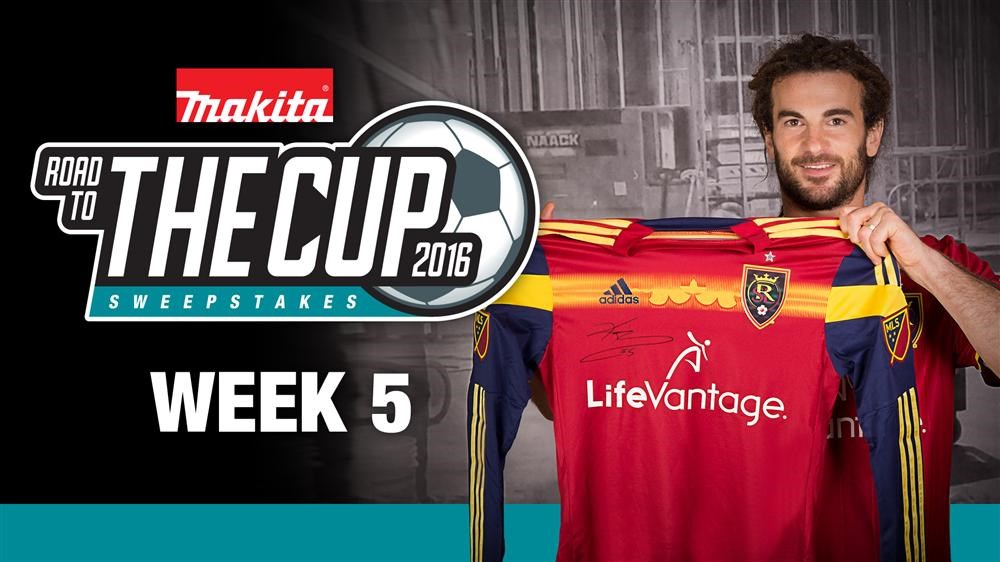